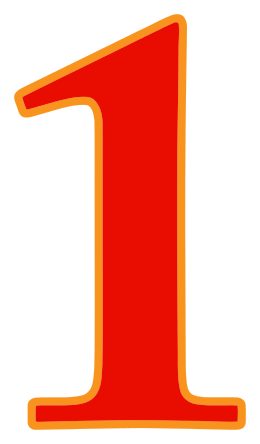 When I last went to the grocery store an employee was giving out samples of vegetable pizza. The idea of vegetable pizza was not exciting, but the smell of melting cheese, garlic and oregano was irresistible. I tried the vegetable pizza and it was good. Really good. Did other shoppers like it?
As I pushed my cart up and down the aisles I looked for people who were chomping on pizza. Their varied ages gave me an idea. Kids who might not eat vegetables might eat them on pizza. It could not be hard to make, so that last thing I put in my grocery cart was a can of refrigerated pizza dough.
I prefer thin crust pizza so this is the kind I bought. Two days later I decided to use the dough. The store pizza had broccoli on it, which is not a favorite of my husband or twin grandchildren who live with us. To make the pizza more appealing I used two cheeses, mozzarella and half Asiago. It was a winning combination.
Vegetables do not cook at the same time. I precooked the onions and mushrooms to ensure their tenderness. The other vegetables, green pepper and Roma tomatoes, were added raw. My recipe calls for a cup of spaghetti sauce and I used a brand that has “more than a full serving of veggies in every 1/2 cup.” Just before I put the pizza in the oven I seasoned it with oregano and pizza grinder spices.
I baked the pizza in a nonstick jelly roll pan according to the dough package directions. Increase the heat by 25 degrees if you use a plain metal pan. Giving your kids vegetable pizza will ensure they get the recommended combination of five fruits and vegetables a day. Actually, some dietitians are now recommending eight servings. The leftovers are a tasty and nutritious lunch.
Ingredients
2 tablespoons extra light olive oil
1 large yellow onion, peeled and sliced
8-ounce box of sliced button mushrooms
1/2 teaspoon garlic powder
11-ounce can of refrigerated pizza dough (thin crust)
1/2 large green pepper, sliced
2 Roma tomatoes, diced
1 cup spaghetti sauce
1 cup mozzarella cheese, shredded
1 cup Asiago cheese, shredded
1 teaspoon leaf oregano
12 twists of Pizza grinder seasoning
Method
Preheat oven to 400 degrees. Pour olive oil into skillet. Add sliced onions and saute over medium heat until they are soft and start to brown. Add sliced mushrooms and saute vegetables five more minutes. Season with garlic powder. Coat baking pan with olive oil spray. Unroll dough and spread evenly in pan. Prebake for 3-4 minutes. Remove pan from oven. Spread spaghetti sauce over dough and distribute evenly. Scatter onions and mushrooms over dough. Add green pepper and diced tomatoes. Top with mozzarella and Asiago cheeses. Sprinkle leaf oregano and Pizza grinder seasoning over vegetables. Bake for 12-15 minutes or until the edges start to brown. Pass shredded Parmesan cheese if desired. Makes 8 servings.
Copyright 2010 by Harriet Hodgson

May 16, 2020 Men'S Health Comments Off on Vegetable Nutrition Facts – The Importance Behind Vegetables

How are we able to create a list of vegetables that are important and put the nutrition facts too? Because the research has told us. Today is all about health and it has been a […] […]

Is Pizza A Health Food?

February 13, 2018 Health Food Comments Off on Is Pizza A Health Food?

They say a man is what he eats; and though some men would possibly wish their diets may encompass nothing more than pizza, sizzling wings, beer and chocolate chip cookie dough, it actually wouldn’t take […]